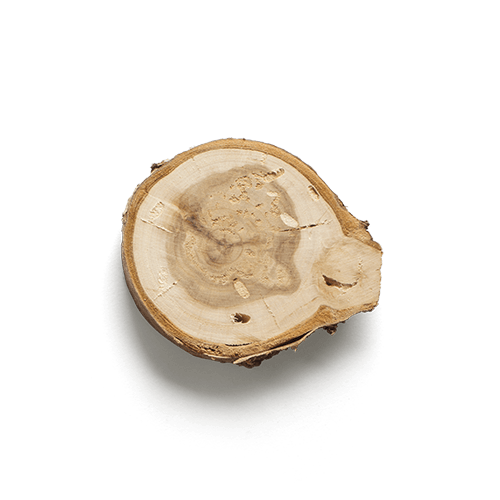 In the video we learned about the diversity of dung beetles, why they are so diverse, and what they do in nature. We also wake up to the fact that without dung beetles the world would simply be browner.

Read more in scientific articles that reveal the importance of dung beetles in nature.

The number of species found in Finland is affected by two global-level rules: first, that the smaller the surface area, the fewer species (see video 3: Crash course in biodiversity science). Second, in most species groups the number of species gets smaller the further you get from the Equator. Third: Finland is a young region: Just 13 000 years ago our whole country was covered in ice.

But how many dung beetle species does all this come to? Find out for yourself, how these basic rules are reflected in the Finnish dung beetle fauna, and how these Finnish species are doing.

How many dung beetle species can you expect to find in an area the size of Finland?

In species communities all over the world we see a simple rule: the larger the surface area, the more species. The growth does not continue infinitely, but levels off according to this formula:

Here S is the number of species, C is a constant, A is the surface area and z is a parameter whose value varies between 0.15 and 0.4.

Let’s set the value of z at 0.3. The constant C is the number of species that is found in a surface area of 1. You can solve for C by putting the global number of dung beetle species and the world land surface area in the formula above. Remember to use the same unit of surface area in all your calculations (square kilometres recommended).

How many dung beetle species actually live in Finland?

Do your own dung beetle experiment

Here you get to repeat the experiment, where Finnish researchers and youths found out what part different invertebrate species play in removing dung from Finnish pastures. The same experiment can also be done using e.g. mushrooms. Simply replace the dung pat with mushrooms of a selected species and exclude insects just as the instructions describe. Regardless of whether you used dung or mushroom, your experiment will show how different sized invertebrates drive the decomposition of organic material and the cycling of nutrients.

The original instructions of the dung beetle project are  here. (In Finnish)

Kids join scientists in finding out

who gets rid of cow poo

Have you ever thought about how much poo is produced in the world? Just each cow produces about twelve pats a head every day. And with more than a billion cows around the world, we are talking about an immense amount of … – yes, exactly that. Clearly, someone is cleaning up all this waste, as the world is still green rather than brown. Now a team of scientists have joined forces with local kids to find out who eats most of it in a country called Finland, in Northern Europe.

Dor beetles are the best

The largest part of a cow pat is broken down by microscopic germs, or just takes off as the pat dries out. About one-eighth (13%) is removed by small animals, mostly insects and other invertebrates.

The scale and players of an ecosystem service: The left-hand cube shows the total volume of cattle dung produced in Finland per year (ca 4 billion kg of dung; Statue of Liberty superimposed for comparison).

Focusing on the dung deposited in pastures, the researchers estimated the relative fractions (middle cubes) disappearing due to evaporation of water and microbial activity alone (top), decomposing through the action of invertebrates (centre), and remaining after two months (bottom), respectively. The lighter box refers to the situation in northernmost Finland, the darker cube to southernmost Finland.

Of the dung decomposed by invertebrates, dor beetles account for 61%, (right-hand sub-cube, centre) earthworms for 28% (bottom) and dung dwelling Aphodius-species for 11% (top), respectively.

(From: Kaartinen et al. Ecology 94: 2645–2652; graphic by Riikka Kaartinen.)Not all of these animals are equal: Of all the bugs making a living off the dung, large tunnelling Dor beetles removed dung twice as fast as smaller dung-dwelling beetles and earthworms.

At each farm, different types of cages were used to exclude different types of decomposers, with multiple cages of each type. (From: Kaartinen et al. Ecology 94: 2645–2652; graphic by Riikka Kaartinen.)Importantly, climate has just as strong an effect on dung disappearance as do dung-eating animals: the pats in Southern Finland decompose much faster.

Comparing the impact of animals and climate was only possible because the scientists did the same experiment at about 80 sites across a whole country. To do this, they used something called citizen science.

By drawing on volunteers in all parts of Finland, the scientists managed to successfully repeat the same experiment at 73 different farms (indicated by red circles). (From: Kaartinen et al. Ecology 94: 2645–2652; map by Riikka Kaartinen.) “Citizen science is about having people who are not scientists joining in to do science. If everyone looks in their own back yard, we can then together form the big picture” explains Riikka Kaartinen, who kept the whole project together.

“In our case, we asked teens to take fresh cow pats from the barn, shield some of them from certain bugs with cages that we sent them, and then look at changes in pat weight.”

A strength in numbers

“Our strength comes from our numbers”, says Bess Hardwick, who taught the kids how to do the experiment, and answered their questions throughout the summer. “A lot of changes in nature will only be noticed if followed by a large number of eyes – like if some animals change their ranges southwards or northwards, or if they get rarer.”

“What we did was to take citizen science one step further, by moving from ‘just’ observing nature to changing something, excluding certain groups of animals” says Tomas Roslin, the leader of the research group. “Changing something and looking at what happens, that is the whole idea of experimental science.”

“The important thing here is that we can do so much more if we just join forces”, adds Tomas. “In citizen science, our own imagination is really the hardest limit to what we can do together.”